I’m running Podlove Publisher v2.8.6 from Podlove CDN. I am trying to import WebVTT files as transcripts generated by Google Speech To Text API through Auphonic. I found a bunch of options and settings that I had to activate and when in the episode editor I now see the option to import a WebVTT either from a file or from an asset. I believe I have everything correctly setup to import from an asset, but when I click the button a small “Accepts: WebVTT” message shows up and then no more. The same message shows when I try to import the file through the “Import from file” button. [1]

When I put the WebVTT file through a WebVTT validator, it says everything is ok. When I open the browser developer tools and activate “break on caught exceptions”, just before hitting the “get from asset” button, the debugger will break on an exception thrown from a JSON.parse call in the importTranscriptFromAsset stack in the transformResponse frame. I’ll attach some screenshots. [2]

Looking at the network requests being sent in response to the click, the request with the action podlove_transcript_asset_import seems fishy. The response has a 200 HTTP status code, but there’s no content in the response. That doesn’t seem right, but maybe I’m interpreting too much into this.

Happy to do some more debugging / provide more information. Not sure if I am doing something wrong or if this is a weird bug. Help greatly appreciated. 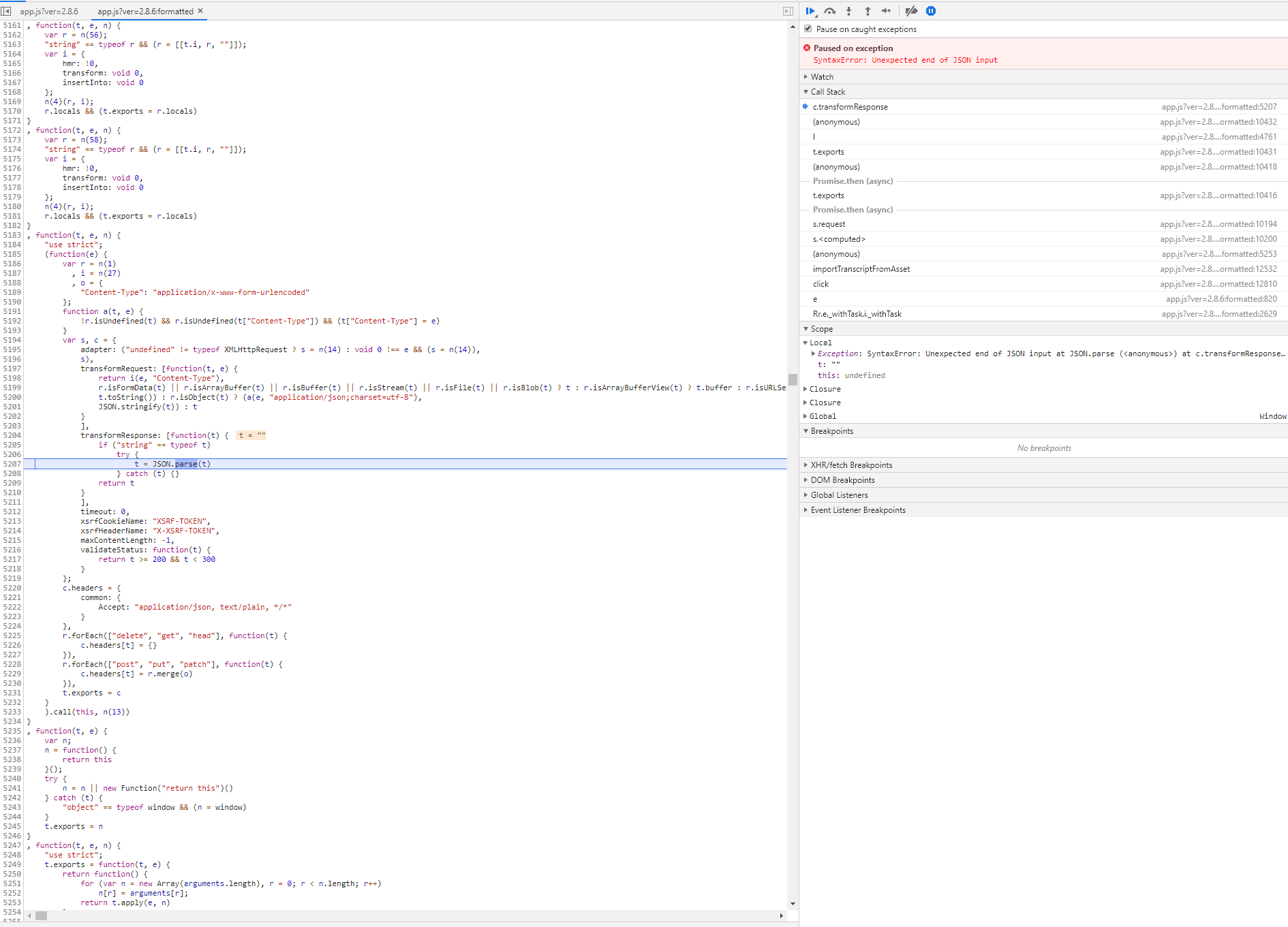 seems the same as in my case: [BUG?] Upload Transcript leads to PHP Parse Error

Possible, but I don’t actually see any PHP errors being logged. Maybe I am just not looking in the right spot though. New to the hosting provider of the Wordpress I am using.

I’ve done some digging. The issue was that the following query failed:

The issue was that I didn’t have the Contributors module activated and without it the contributors table would be missing, that this query is joining on.
I activated contributors and now it seems to be working.

This dependency should be more explicit. Either just with a couple of lines of notes somewhere or by enforcing it in code.
Also, the error from that query is not captured and exposed anywhere (e.g. error logs), which made debugging this much harder than necessary.